On a steamy Sunday in August, my boyfriend and I took the train trip down to Fordham. I had never been there and since he has a real taste for Italian food, we thought it was a great place to go to for a late lunch. Walking from the train to Arthur Avenue, there were so many different establishments to choose from. I had spent the night before doing considerable research to determine where we should have our meal, figuring that we needed to make it count.

The majority of reviews said that Mario's was the best place to go, with 100 years of cooking up Italian food and I don’t know what more I could ask for. When we walked in, it was around 3pm. There were several occupied tables of the kind of people you would expect, but nothing that made us experience any kind of wait. 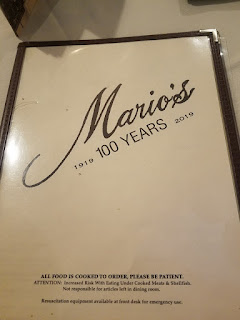 The bread brought to the table was standard Italian bread, if not a bit tastier than average. I love that the restaurant brought over oil and butter to let you decide for yourself. Butter was the way to go. 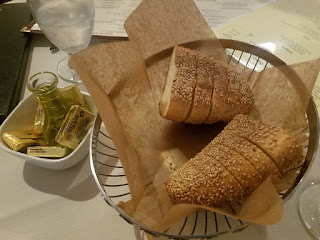 When I walked in, I had no intention of having an alcoholic beverage, but it was so hot outside that we ordered Peroni’s because “when in Rome”. 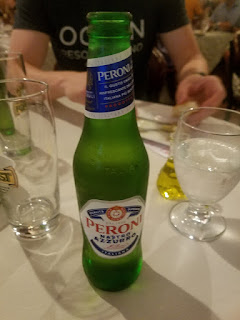 To start, we split the Mario Salad, which was just your average salad with a dressing a bit heavy on the vinegar factor. The waiter offered to split the salad for us, unprompted which I thought was particularly classy. The salad had both black and green olives in it, and I really love it when it does. 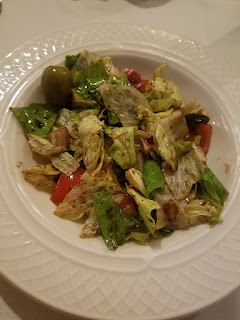 Now I do not like raviolis, but when I was younger I worked at a place that used to take a van down to Arthur Ave once a month and load it up with as much frozen raviolis as could fit. After that, I realized that I only liked Arthur Avenue’s raviolis. I tested it out here and I was not disappointed in the slightest. Mario’s red sauce is to die for and I would go back in a heartbeat. I am going to be sure to check out if Mario’s sells their sauce in any stores because it’s so good I would bathe in it. 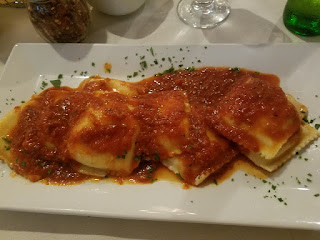 We ate and ate until we were so full that we could barely stand up. That being said, we immediately realized that we should try out some of the Italian desserts while we were down there, so we walked far and wide to find a pastry shop. Since it was Sunday, sadly several establishments were closed, so we would be more cautious of that next time. 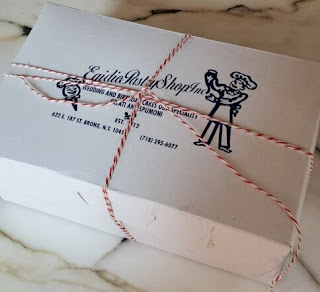 We saw people milling around outside of Egidio's Pastry Shop, open since 1912 - so that was enough for us to pop our heads in and to order a chocolate covered cannoli and a chocolate filled donut. Normally, neither of us are cannoli people, but if ever we could get a good one, this would be the time.

The cannoli was good, the cream inside tasting fresh and not overly zesty. The chocolate coating on the cannoli was thick and enjoyable. The chocolate donut was a bit more disappointing due to a lack of freshness. That said, I wouldn't be shy to buy another donut there if I ever find myself back earlier in the day. 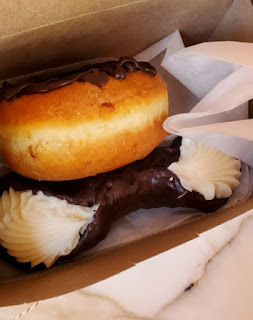 The dream is to go back with an empty stomach and a cooler filled with ice to load up on prosciutto, fresh mozzarella, red sauce, ravioli and Italian bread. Talk about a foodie's paradise.