Kids have it great. Adults drive them around, they get unlimited hugs and they can basically eat all of the processed food they want. I can’t remember the last time I walked down the snack isle and they had packaging to reel me in. Has anyone ever seen packaging with a topless male model and commercial ads for reality television on a box of cookies? No, that remains to be seen, but you can bet your cookies that I sure as hell hope that I am around for that day.

Normally, the preparation of food doesn’t excite me too much. As soon as I see it, I am salivating and I’m ready to go. The idea of too much assembly is really an inconvenience to me over anything else, but it’s probably too lazy to complain about the inconvenience of convenience food. Leave it to me to find a way.

Growing up, I was obsessed with Lunchables by Oscar Mayer. With fair certainty, I can say that they are serving the Lunchables Taco variety up in Heaven. For those of you who remember, there was a plastic pouch of ground beef that came in a taco sauce that was as phenomenal cold as it was hot. For over a decade I continue to look for this and for over a decade it’s eluded me. Most likely some nutrition action group attacked the ingredients of this product and now they have ruined it for everyone. Way to go. Anyway, I digress.

When I can’t have Lunchables Tacos, the runner up is Lunchables Pizza with Pepperoni, described on the packaging as: Pepperoni made with pork, chicken and beef--BHA, BHT and citric acid added to help protect flavor, Pasteurized prepared mozzarella cheese product, pizza sauce and pizza crust. I’ll admit, the description leaves something to be desired, but do kids care about this? At 27, do I care about this? No and probably not. 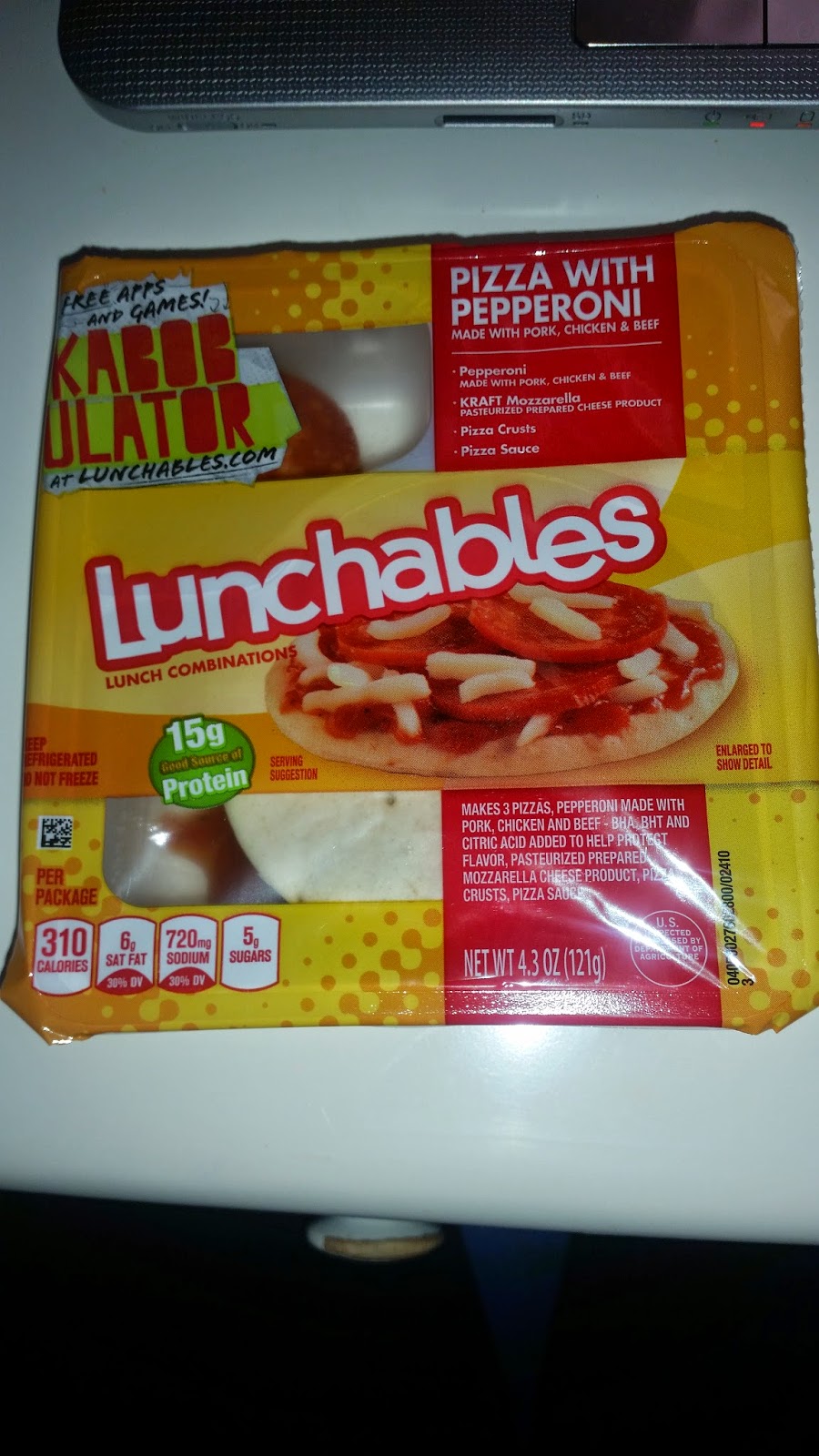 The best part about this meal is that it was exactly like I remembered. The cheese is light and processed and sticks out quite nicely on the pizza disk. The tomato sauce is particularly sweet and clashes with the cheese in a way that walks you down memory lane. The pizza disk itself is rock hard and like a large glamourized cracker. The pepperoni was delightful in the way that only a three meat sausage could be. 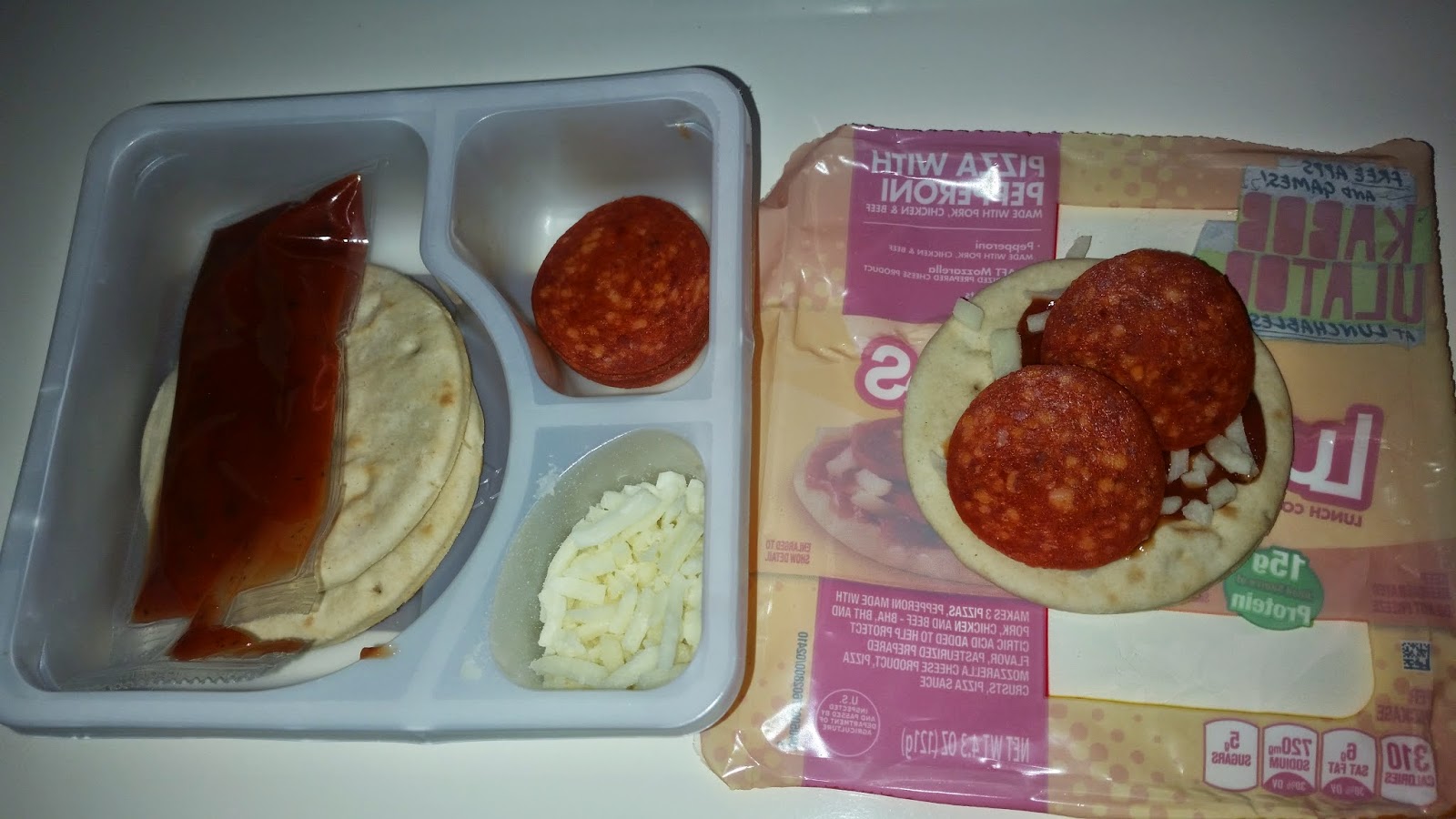 Let’s be blunt – I liked this. I’ve always liked this. The only three things I don’t like about this is the shame of eating this as an adult rather than as a child, some thought of “this is so processed, I shouldn’t be eating this” and that even after nearly two decades of eating this, I still can’t gauge the right distribution during construction to have equal cheese and pepperoni left to assemble that last pizza. While I can’t imagine too many readers running out and buying this, remember these Lunchables still do exist for the time being in case you’d like to reminisce about back in the “good old days” when lunch came wrapped in tons of plastic and when you could bring in peanut butter sandwiches without more than half of your class dying from a peanut allergy.
Posted by Amy Nicole at 7:42 AM