This past Sunday, I found myself happily eating a large stack of chocolate chip pancakes, surrounded by good friends, while celebrating a very special 34th birthday. Life was good and my biggest problem was trying to stand up and get out of the booth with such a full belly. It only made sense that immediately after we walked over to the Asian market to peruse the candy isle. Apparently, being a 10 out of 10 on the full scale is not enough to stop a grown woman from barely making it out of the market before opening up her newly purchased candy and shoving it in her mouth. On the weekends, I don’t raise the self control bar all that high. Anyway, I digress.

Over the past couple of years I have heard a few people talk about Green Tea Kit Kats and I have always been curious. Within the last six months I’ve tried green tea ice cream and green tea Chobani Greek Yogurt, and while I have found them both to be unusual, the taste has always been pleasant. I’ve never been a “Kit Kat” girl per se, but I most certainly wouldn’t be upset to find one in my hand. Sunday, opportunity knocked and I was eager as ever to answer the door. 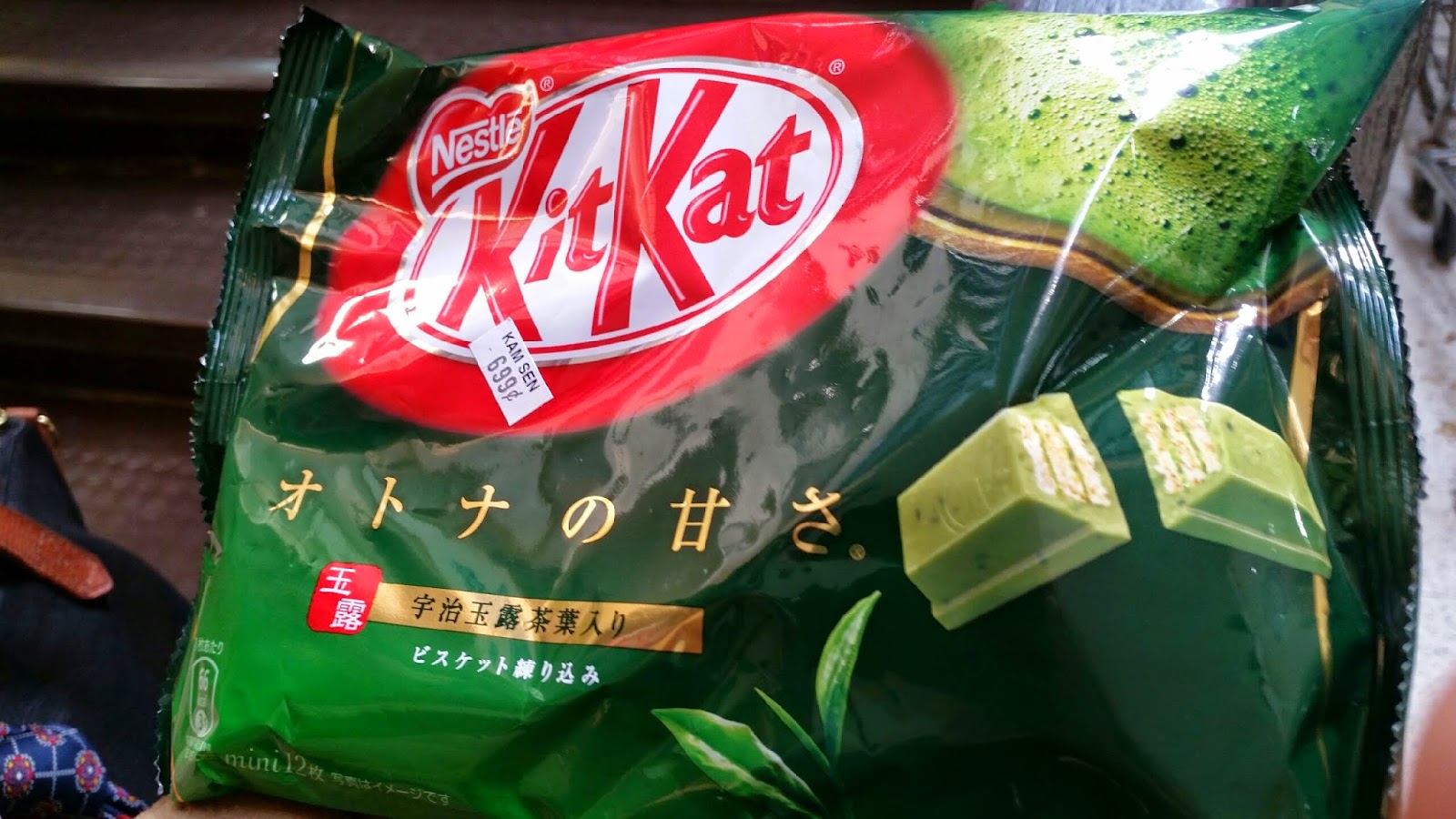 There’s a lot that I like about the packaging. It’s flashy and I can’t read even half of it. The bag was lighter than it looked and for $7, I felt as though I paid a premium. These Kit Kats won’t be a frequent occurrence in my possession unless I win the lottery or start working for Nestle. In the United States, Hershey makes Kit Kat, but all signs of this packaging lead me to believe that in Japan, that’s Nestle’s job. 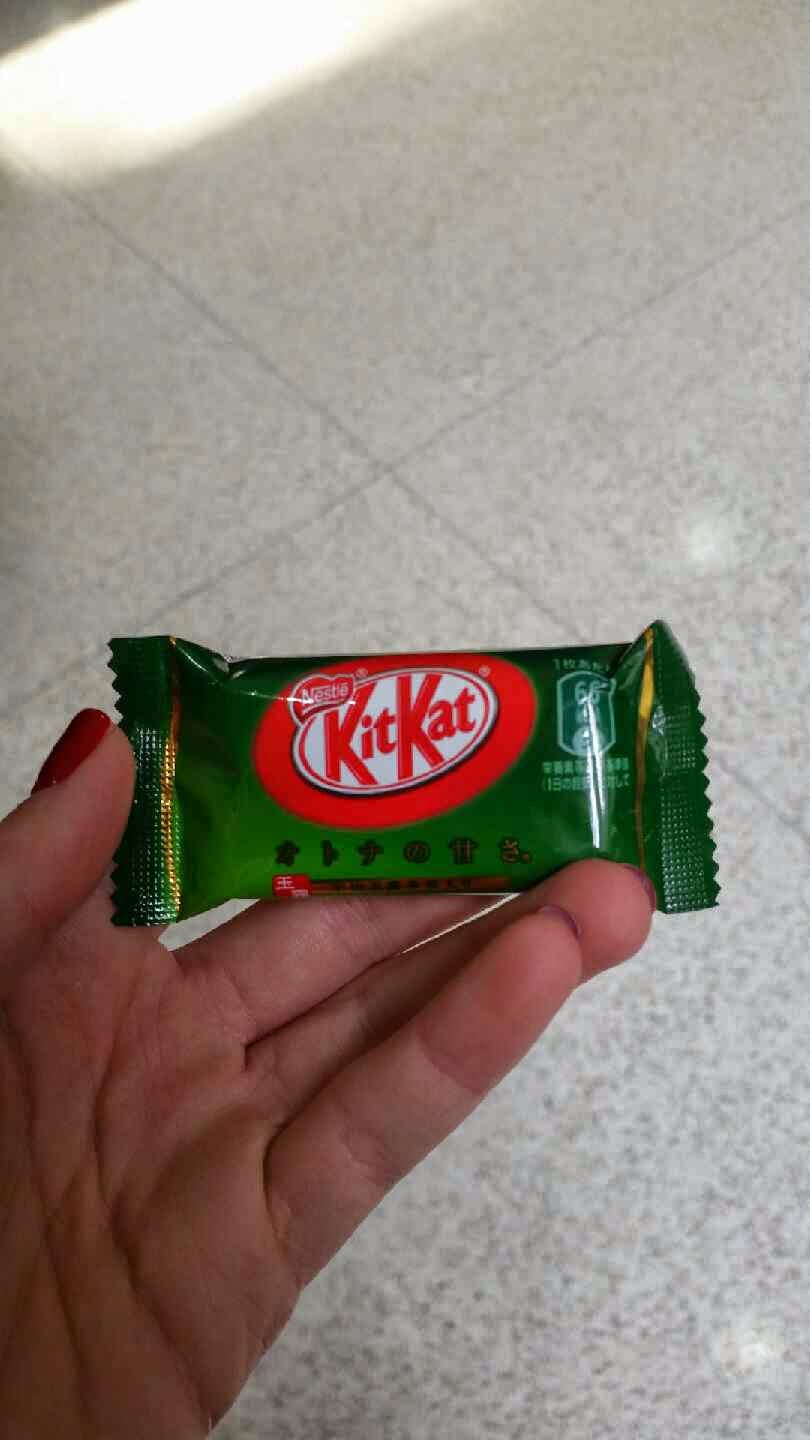 Each small package contains 66 calories and the serving size is two packages. There are 12 packages total in the bag. I liked that you were “allowed” to eat two of them without any incidental guilt. Unlike normal, where you unwrap the candy and you’re supposed to save it for eight other occasions, just in one sitting you get to unwrap two of these! 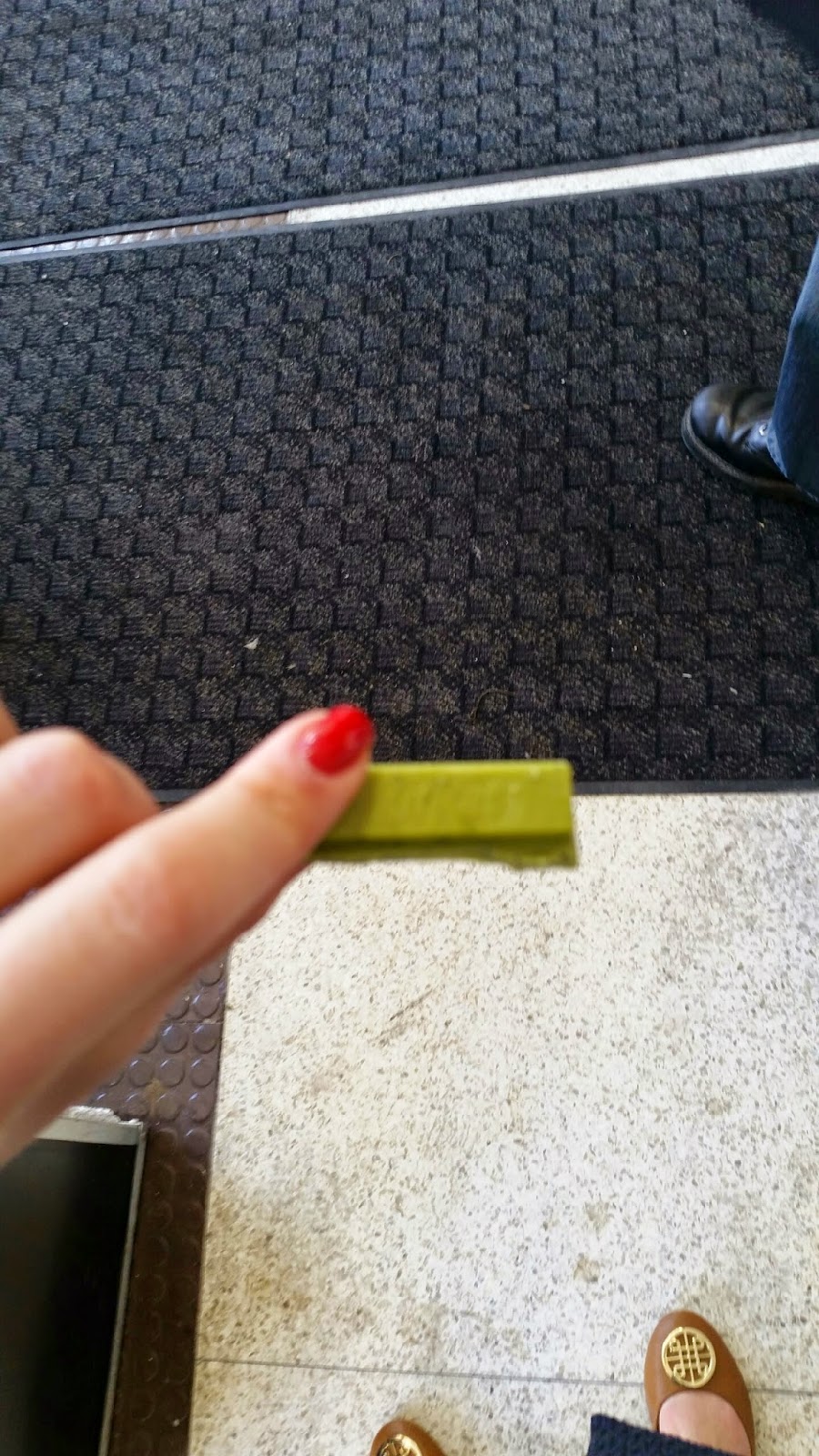 To be frank, I had NO idea what to expect here. These Kit Kats are great, so great in fact I would pay another $7 for a bag. The most prominent taste for me is white chocolate and a decent white chocolate at that. My palette couldn’t detect the green tea, but nearly everyone else could. Nestle described the candy as having “a sweet maccha flavor mixed with a creamy white chocolate on a crispy wafer that Nestle has perfected.” The wafer tastes exactly the same as in the original Kit Kat. These flavors work really well together and there’s something about the white chocolate that seemed Easter appropriate. Hopefully the Japanese Easter Bunny will find me this year and treat me right with these.

Sometimes I wonder why I’m the one writing for the food blog since everyone can always taste the faint traces of the things I can’t. Then I stop questioning it because I have already eaten more junk in 2015 writing this blog than I probably have in 2013 and 2014 combined. Here’s to making up for lost time.
Posted by Amy Nicole at 4:43 PM