It’s safe to say that women across America would agree that Jimmy Fallon is delicious. He’s smiley, handsome and not to mention funny. Ben & Jerry’s did right by naming a flavor after him. Every single ingredient listed in The Tonight Dough pulls you in. The pint includes caramel and chocolate ice cream with chocolate cookie swirls, gobs of chocolate chip cookie dough and peanut butter cookie dough. This whole thing sounded so promising, I was bursting with anticipation to get this ice cream in my possession. 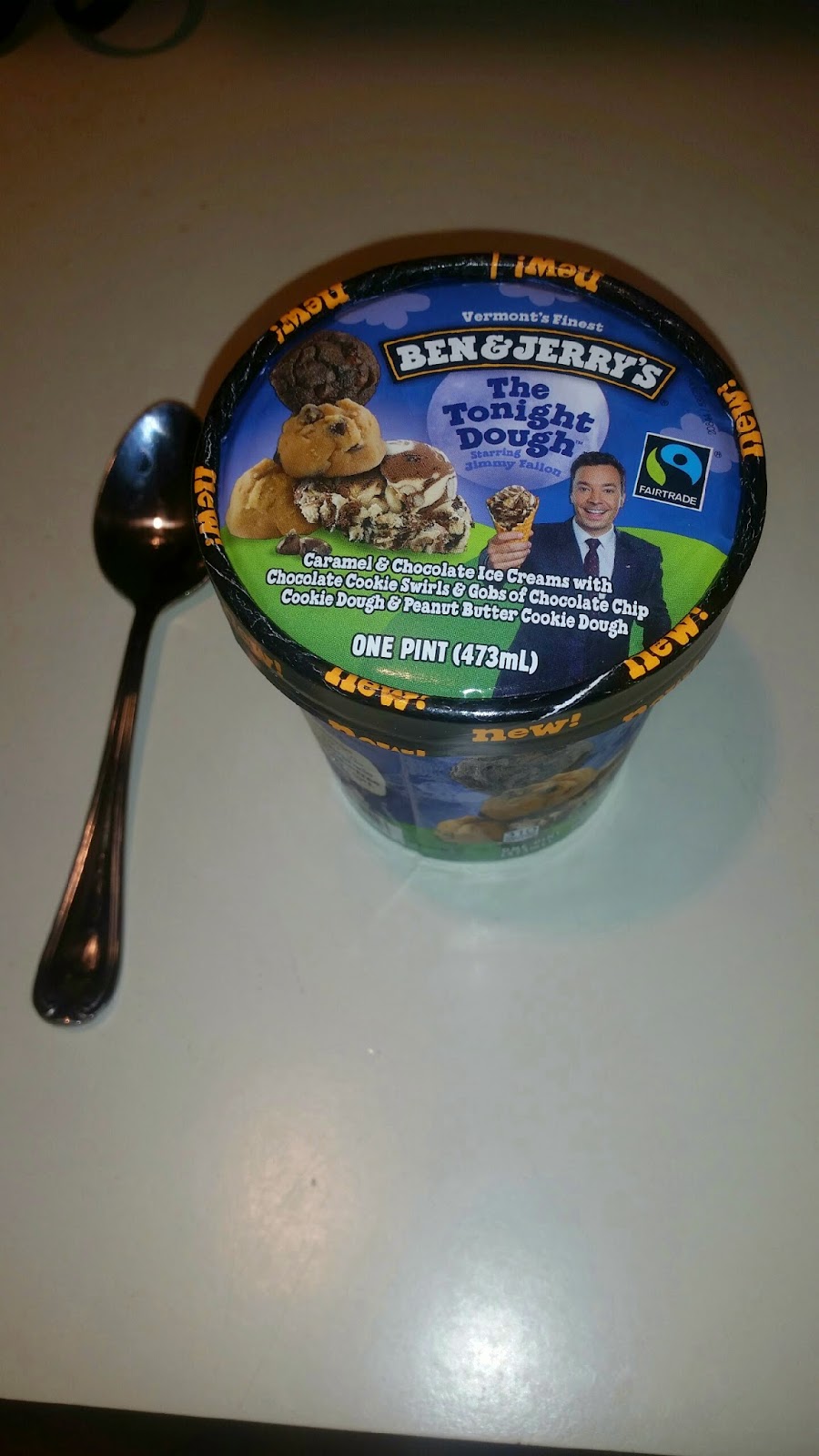 Driving home last night, I was listening to talk radio, which I never do and the talk show host mentioned that with wind chill, yesterday was some type of record. Feeling terrified and grumpy over this at the same time, I thought to myself that this deserved some type of reward. It’s never too cold for ice cream, so I drove over to my local Ben & Jerry’s to pick up this limited edition pint. Since the opportunity presented itself, I also picked up a pint of the Boom Chocolatta ice cream that I’ve reviewed previously, but that is outside the scope of this review.

Not to complain, because I like most of what they’re using, but there sure is a high incident of repeating flavors in Ben & Jerry’s recently introduced flavors. Both the peanut butter cookie dough and the chocolate cookie swirls are highlights of their cookie core collection, so some of these flavors were interchangeable with other pints. The caramel ice cream here is also something I have been getting pretty familiar with, experiencing each new cookie core flavor in turn. 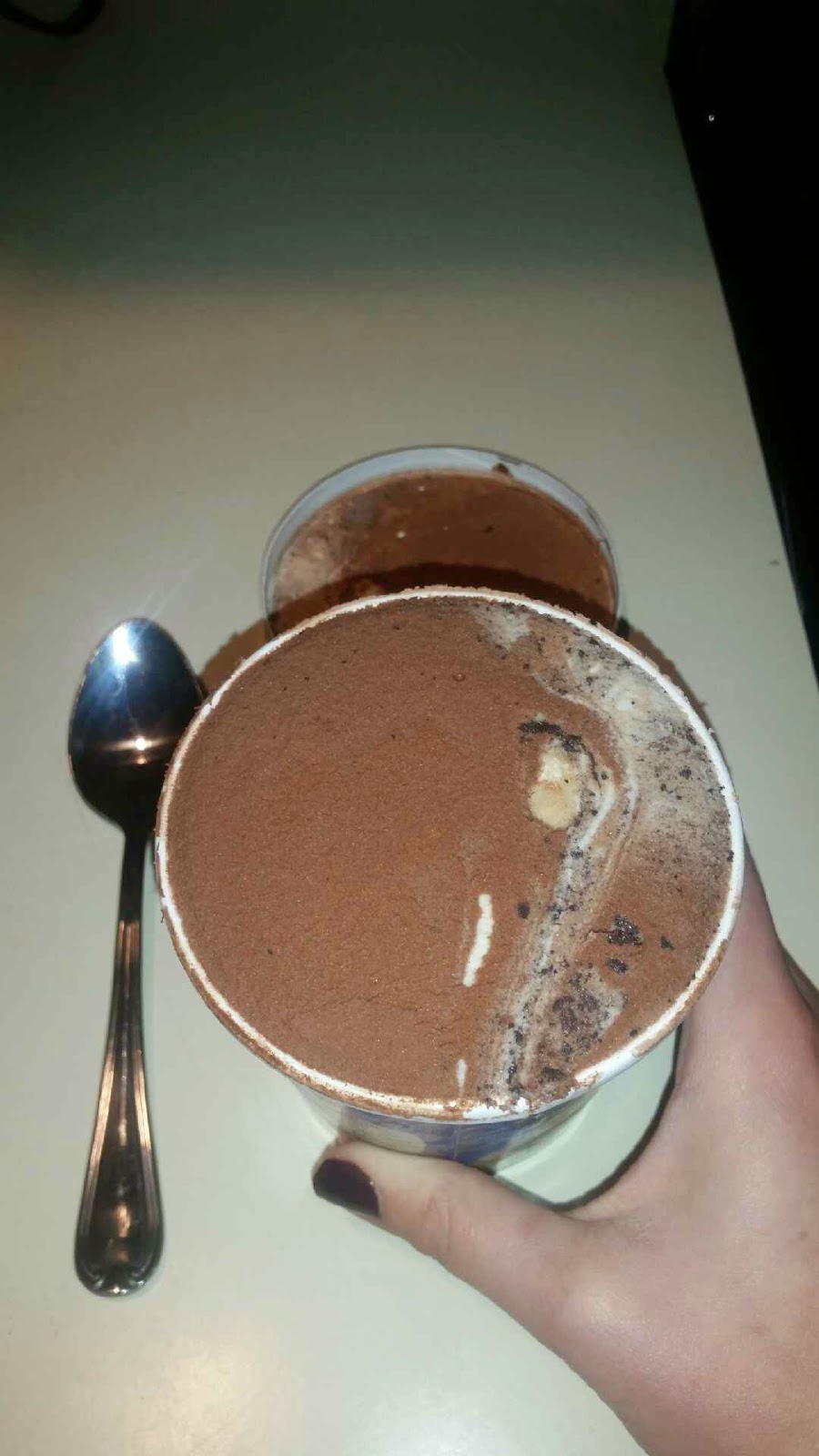 Having not loved the caramel ice cream, I was really happy to open the lid and see an abundance of chocolate. As much as I love the premium taste of Ben & Jerry’s vanilla ice cream, I equally enjoy their chocolate. For most ice creams, it’s about the mix-ins that make it so great, but with Ben & Jerry’s, it’s usually about the base flavors. The chocolate ice cream didn’t disappoint. It was moussey, yet rich; the premium fat content coating my tongue in an indulgent and delightful fashion.


The chocolate cookie swirls were the secondary highlight of this pint. It’s exactly the same as the cookie core in Boom Chocolatta and it’s heavenly. The cookie bits are moist and buttery, but they are excellent. The chocolate taste to them is quite dark and they taste sinful. The caramel ice cream wasn’t so bad this time, particularly because it played only a very minor role in this pint. 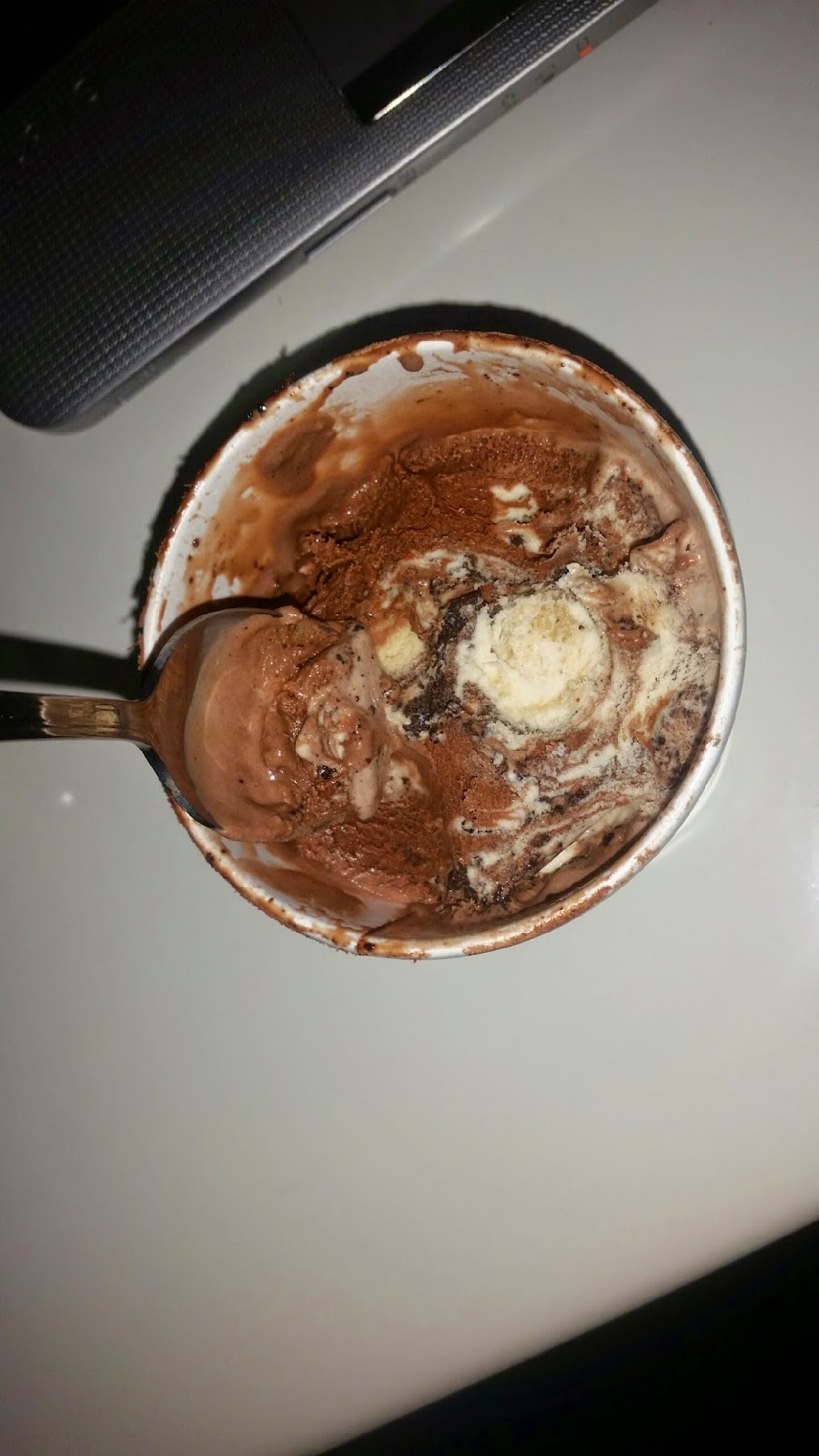 So here’s the real shocker – the cookie dough pieces, both peanut butter and chocolate chip were the weak point in the execution of this flavor. Because I keep my car hotter than a nuclear power plant, the ice cream made it home on the melted side. Even with that, the cookie dough pieces were rock hard and too large to fit easily on the spoon. This meant that I wasn’t able to scrape them with the tip of my spoon and enjoy them slowly with bites of the surrounding ice cream. I wish the cookie dough was only this hard from temperature, but that can’t be as I mentioned. Also, since it’s a limited time flavor I know that the ingredients in this pint can’t be particularly old. Because of this, I had only one or two large mouthfuls of cookie dough, which nobody in their right mind would ever complain about, but still – with softer, smaller and more abundant bits of cookie dough, this pint could have rocked my world.

I guess I’ll have to stick to the real Jimmy Fallon…
Posted by Amy Nicole at 8:31 AM