Predicting the future is something I have absolutely no knack for. Ben & Jerry’s Cookie Core Ice Creams have made it perfectly clear that my future as a fortune teller will likely never come to fruition and very well I guess. When I bought the three newly released flavors, I orchestrated the reviews in the order of what I expected to like the least and I attempted to save the best for last. There are probably dozens of men out there waiting to hear me say this for some reason or another, “I was wrong.”

The final review of this trifecta is the Spectacular Speculoos Cookie Core Ice Cream, described by Ben & Jerry as Dark Caramel & Vanilla Ice Creams with Speculoos Cookies & a Speculoos Cookie Butter Core. Trendy as Cookie Butter may have now become, I don’t care. I’m not some snack food hipster who goes against the grain. Do you know why the masses are going insane for it? - Because it’s that good. I’d rather be sated than cool. Even reading the description of this one, I knew before trying that it was all about the core for me. I was pining for this pint for weeks as I made my way through the other two flavors first. 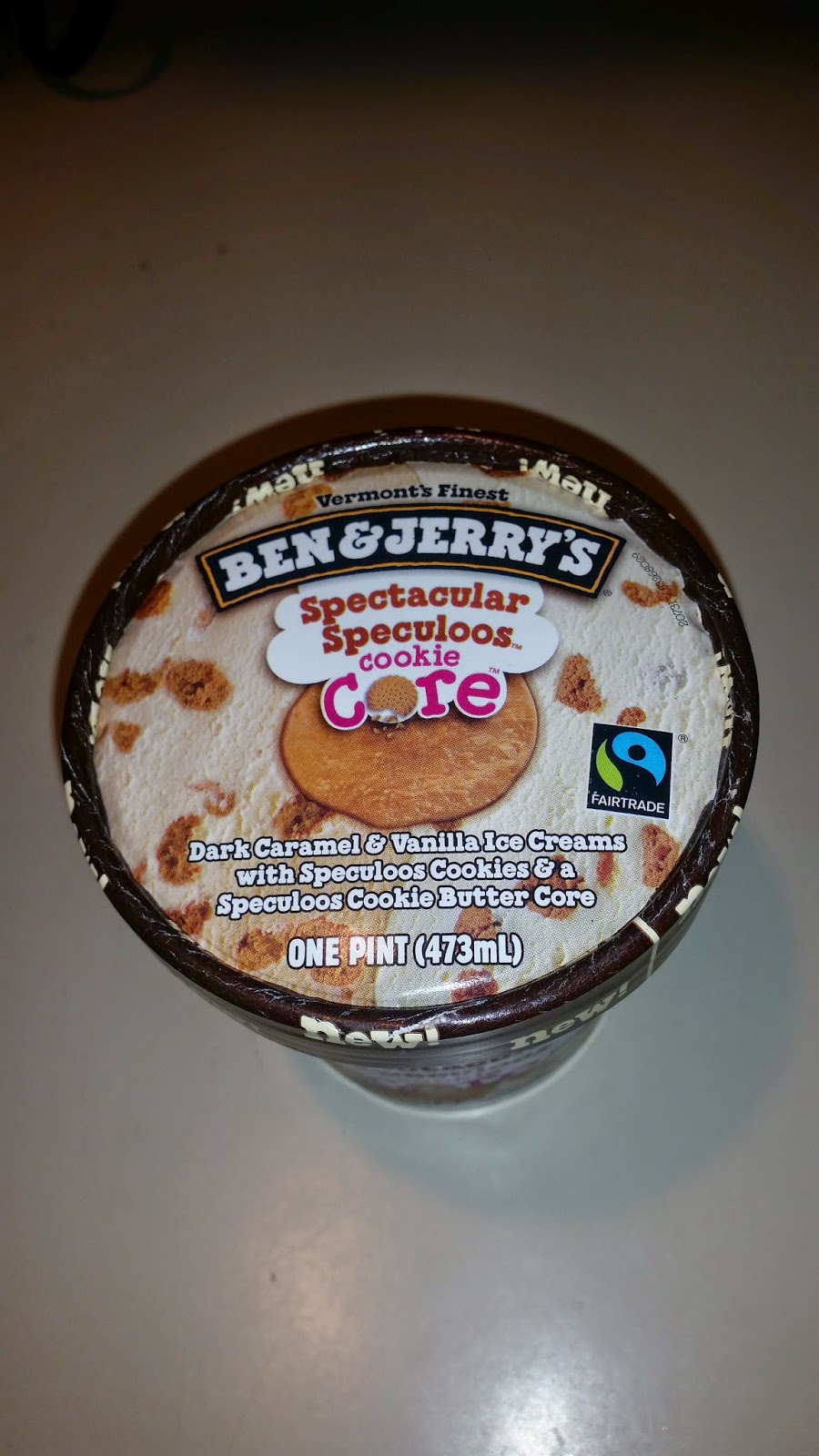 Opening the lid, you can see all of the ingredients from the get go. I like that Ben & Jerry’s gives you immediate access to the core, so you can spoon a little to accompany each bite of ice cream, if you so choose. Vanilla isn’t my go to flavor, but nobody does a premium vanilla like Ben & Jerry’s and I found it to be superior to the caramel flavor. The caramel flavor was a bit intense for me here and I thought it was too similar to the cookie core itself. 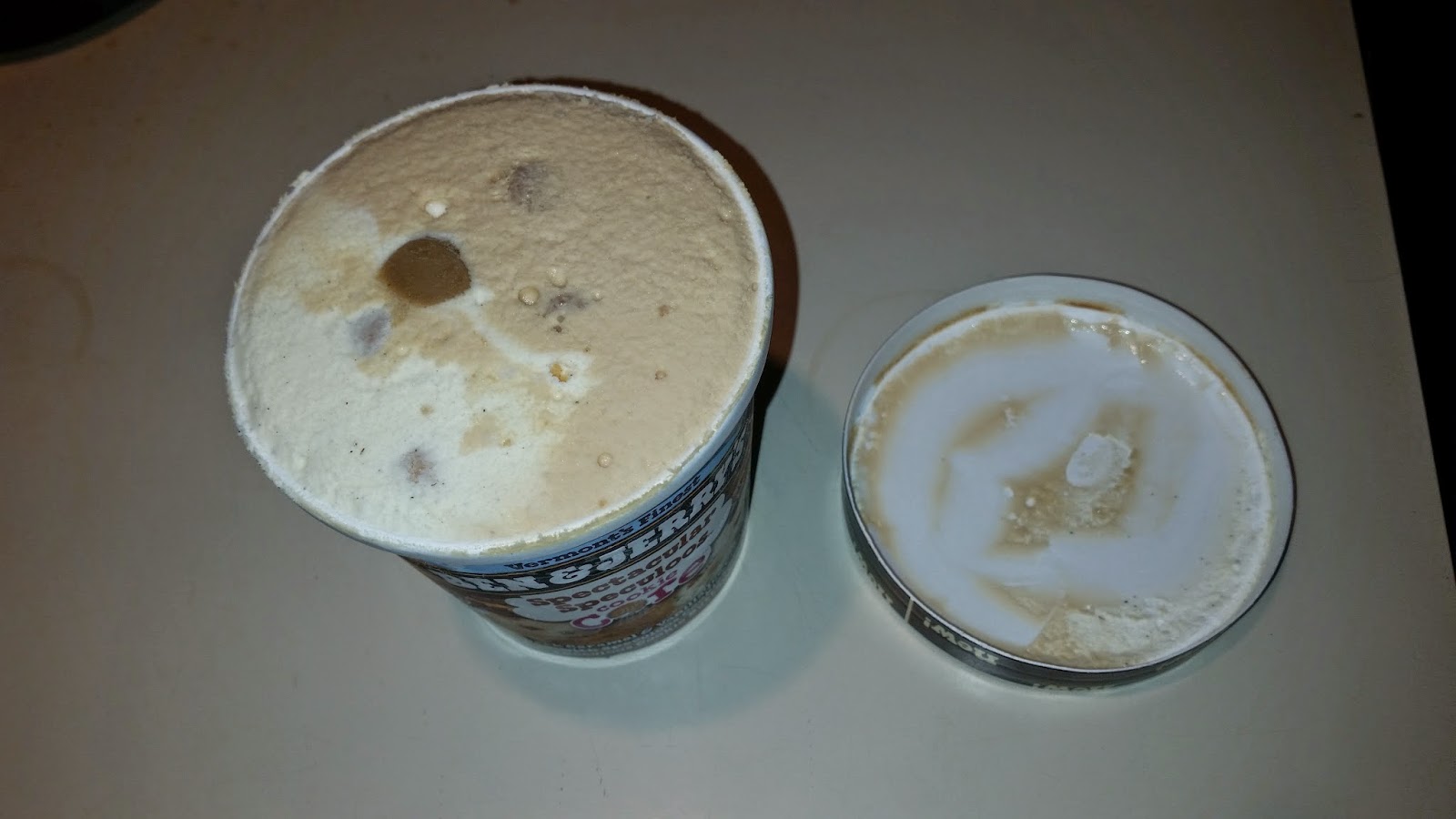 Getting on to the good stuff, I was excited that there were cookie pieces in the pint but to be honest they were frozen, crumbly and very dry. They tasted similar to an airy gingerbread and again, no real diversity from the core. At the risk of repeating myself to highlight the one pleasurable thing about this ice cream, the core was the best part and if you have ever had Speculoos Cookie Butter, then you understand exactly what it was. Speculoos cookie butter is sweet, creamy with a bit of grain texture to it and reminiscent of ground up gingerbread cookies. This pint overwhelmed me with singular flavors. Truly, the flavor reminded me of an elderly woman who normally eats tapioca pudding, but was feeling a little wild tonight and decided to go with this ice cream instead. 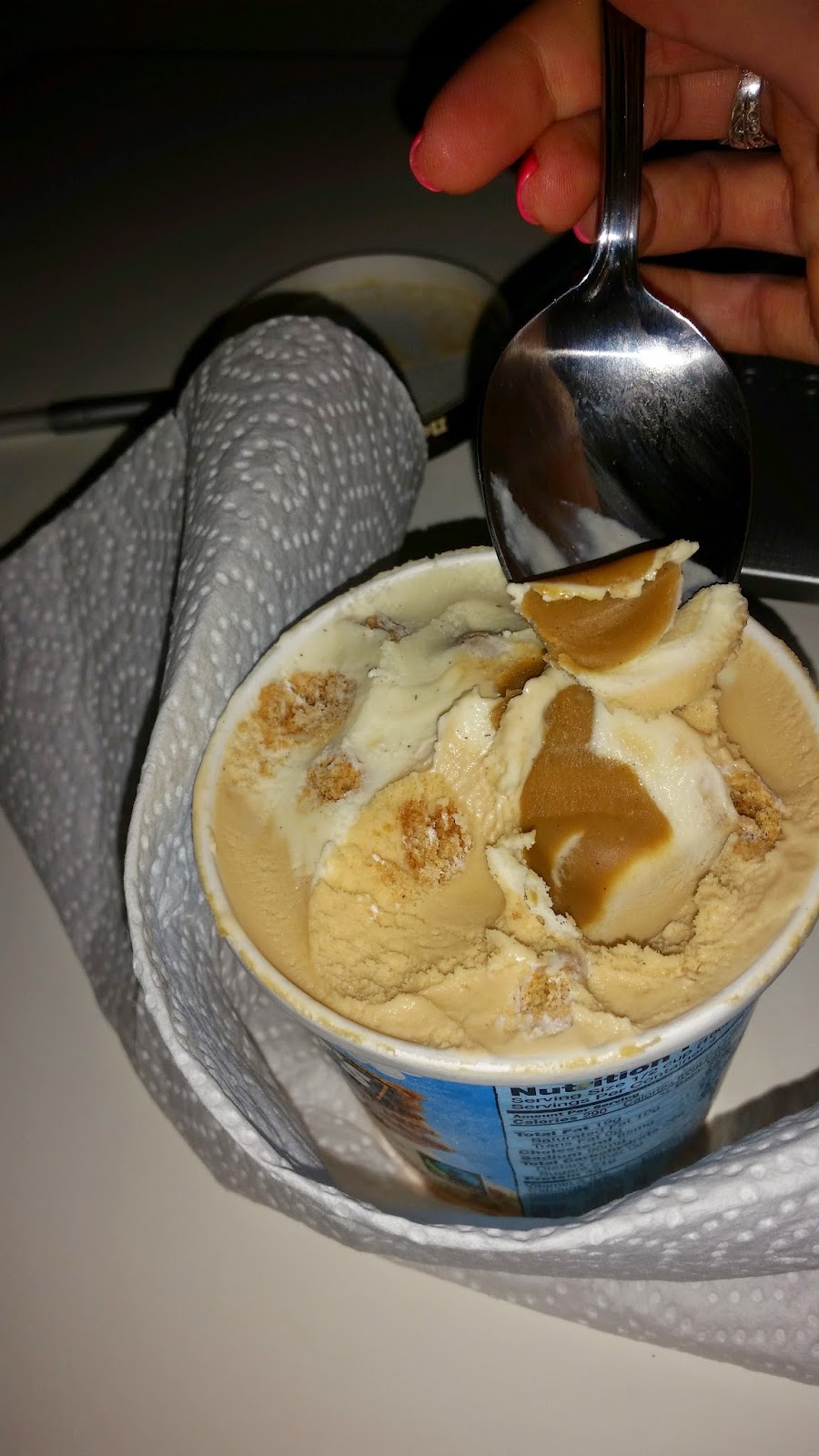 If you were considering trying the cookie core ice creams, I would first recommend the Boom Chocolatta, then this pint and lastly the peanut butter core. I absolutely love what Ben & Jerry’s tried to do here, but I think something went awry in the execution. Perhaps they need to be a little bit more in touch with those of us who are committed to mass consumption.
Posted by Amy Nicole at 10:51 AM