Sad story, I somehow made it to my mid-twenties without ever having the pleasure of tasting Nutella. The first time I ever tried it, I was in Italy and it was like somebody opened a window shade in a darkened room. There were waves of flavor, first hazelnut followed by the complex aftertaste of a rich chocolate. I was floored. How had I not known? All of these years and nobody told me what I was missing; perhaps to secure their own supply? Here’s to making up for lost time. 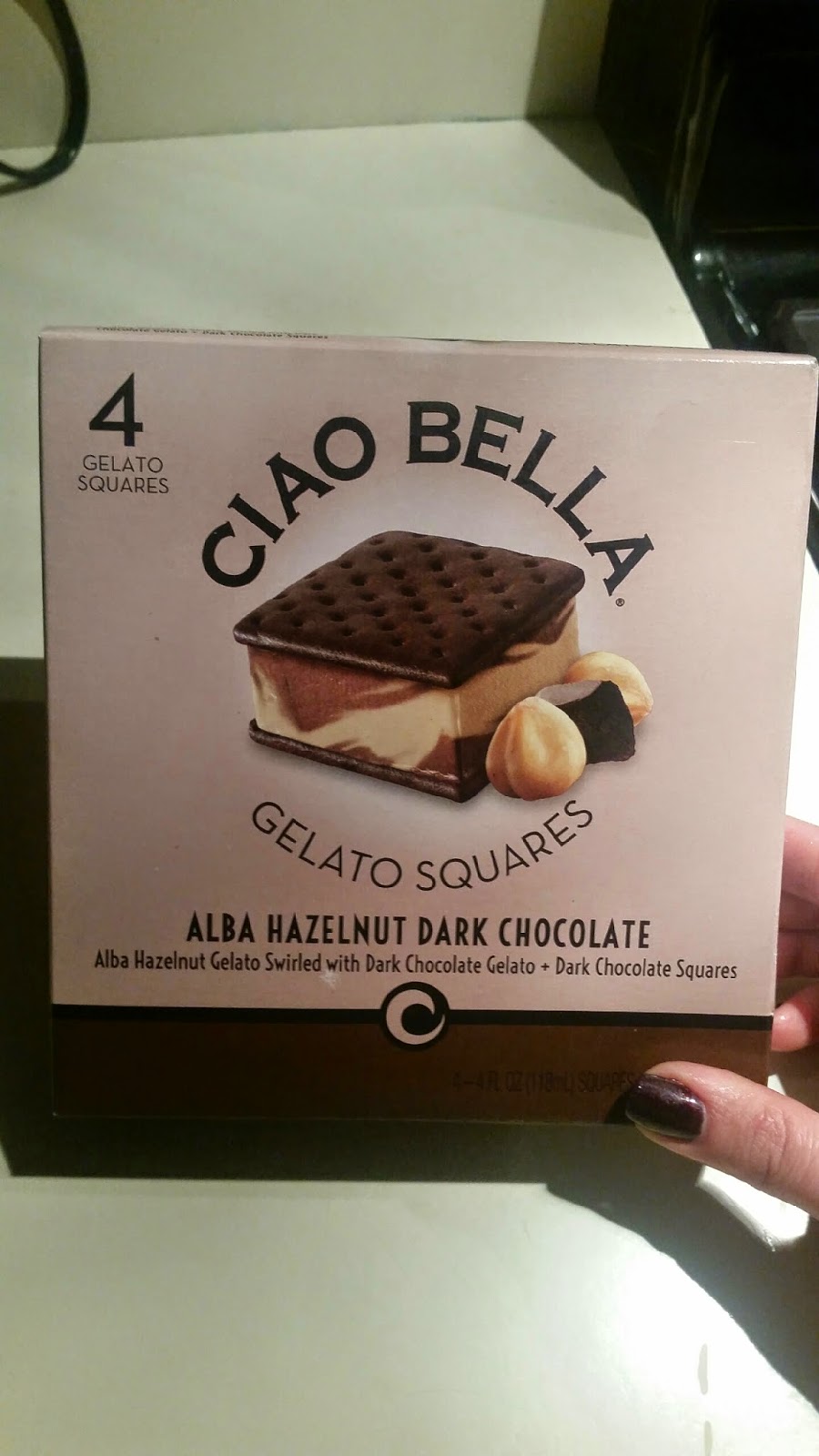 So far, this blog has been a lot of fun. It will be a yearlong commitment at minimum and my weekly grocery store trips have become the equivalent of a fun scavenger hunt, looking for new and delicious food items to try and review. Ciao Bella Hazelnut Dark Chocolate Gelato Squares have caught my eye on occasion in the past. Living alone, I am always a little hesitant to commit to an entire box of something new. If I like it, fabulous – no sharing, but if I don’t then what will I do with the other three ice cream sandwiches? We both know what I’ll do with them, regardless of if I enjoy them or not. 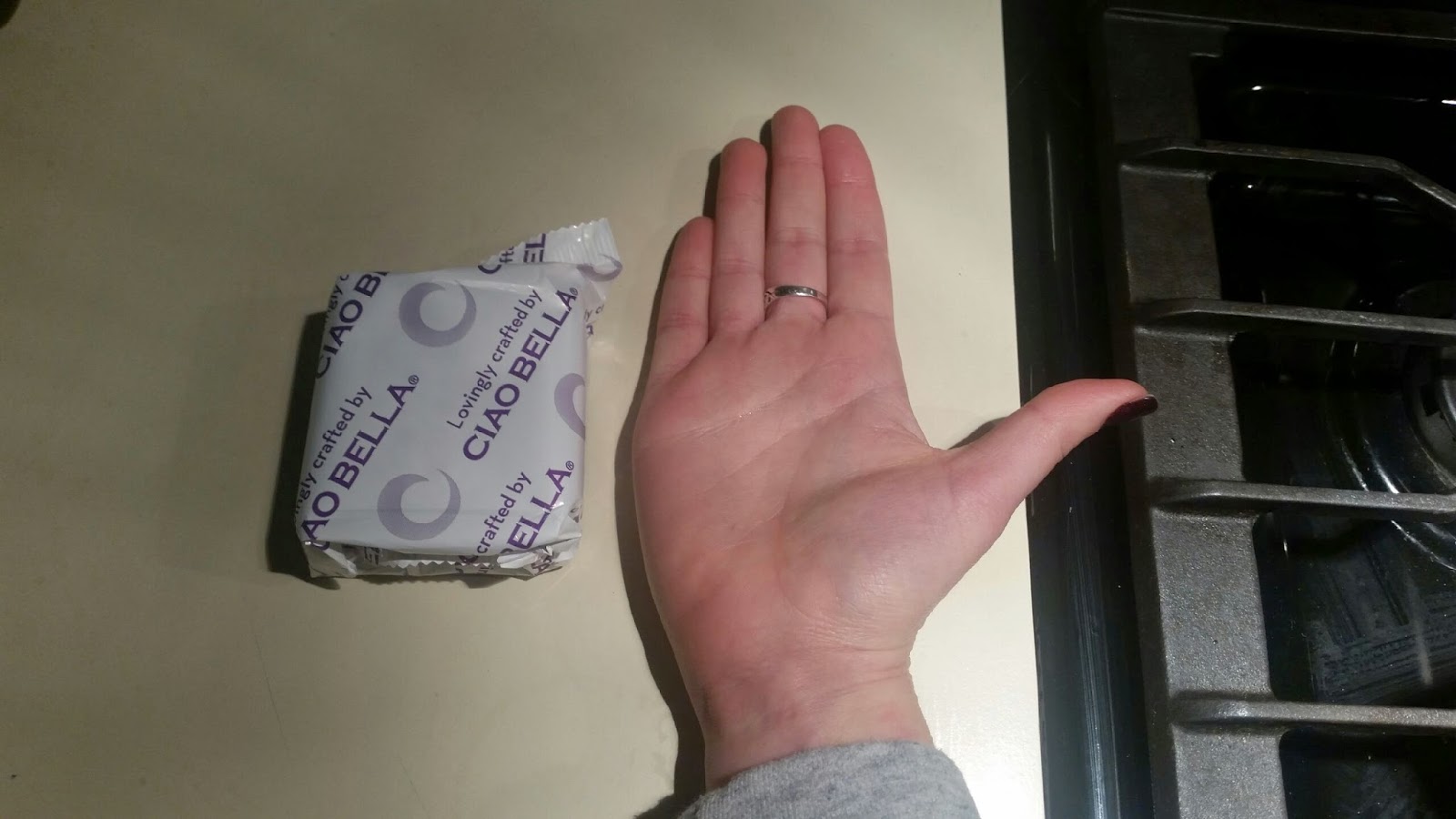 I reached my hand into the box and pulled out my first ice cream sandwich and it was smaller than the palm of my hand. My first thought was, “But where’s the rest!?” Having a box of four, the small size didn’t deter me. Opening up the packaging, the cookie itself was particularly dark in color compared to the average ice cream sandwich. Nibbling the edge, I was surprised at how understated the dark chocolate flavor was. The cookie was on the softer side and gave the ice cream sandwich adequate coverage. 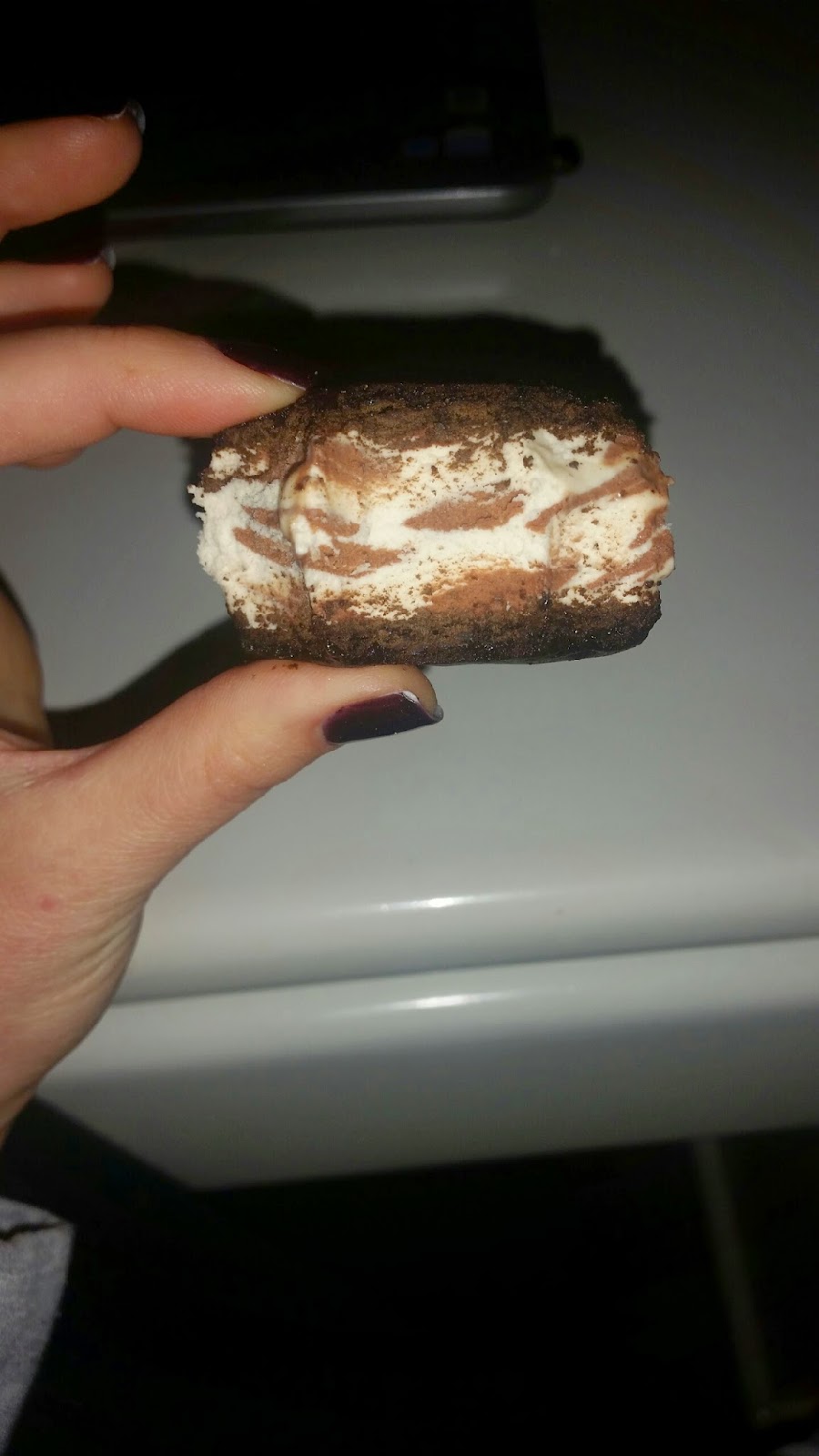 Let’s get to the real star of the show here. At first glance, the hazelnut ice cream looked like a light brown tinted vanilla layer. You can see from where it’s been bitten that it is so much more than that. The texture was no different, the ice cream was consistently smooth and it was far richer in flavor than it was sweet. The hazelnut flavor was prominent, making up for the lack of chocolate in the cookie. The ice cream itself was good. If I could have it my way, I would buy two boxes, ditch the cookie and put the centers of the sandwiches into one large bowl. If you’re not a chocoholic and love Nutella, I would certainly recommend these. As for me, I have infinite more junk to move on and try.
Posted by Amy Nicole at 7:58 PM