Two hours of hard-ish work into my workday and I for one am ready for a break. As a consumer, I have been brainwashed to think that nobody can “Gimme a Break” quite like a Kit Kat can and being that eating candy at 10:30AM is not even close to the most inappropriate thing that I have ever done at that time, this review was born. 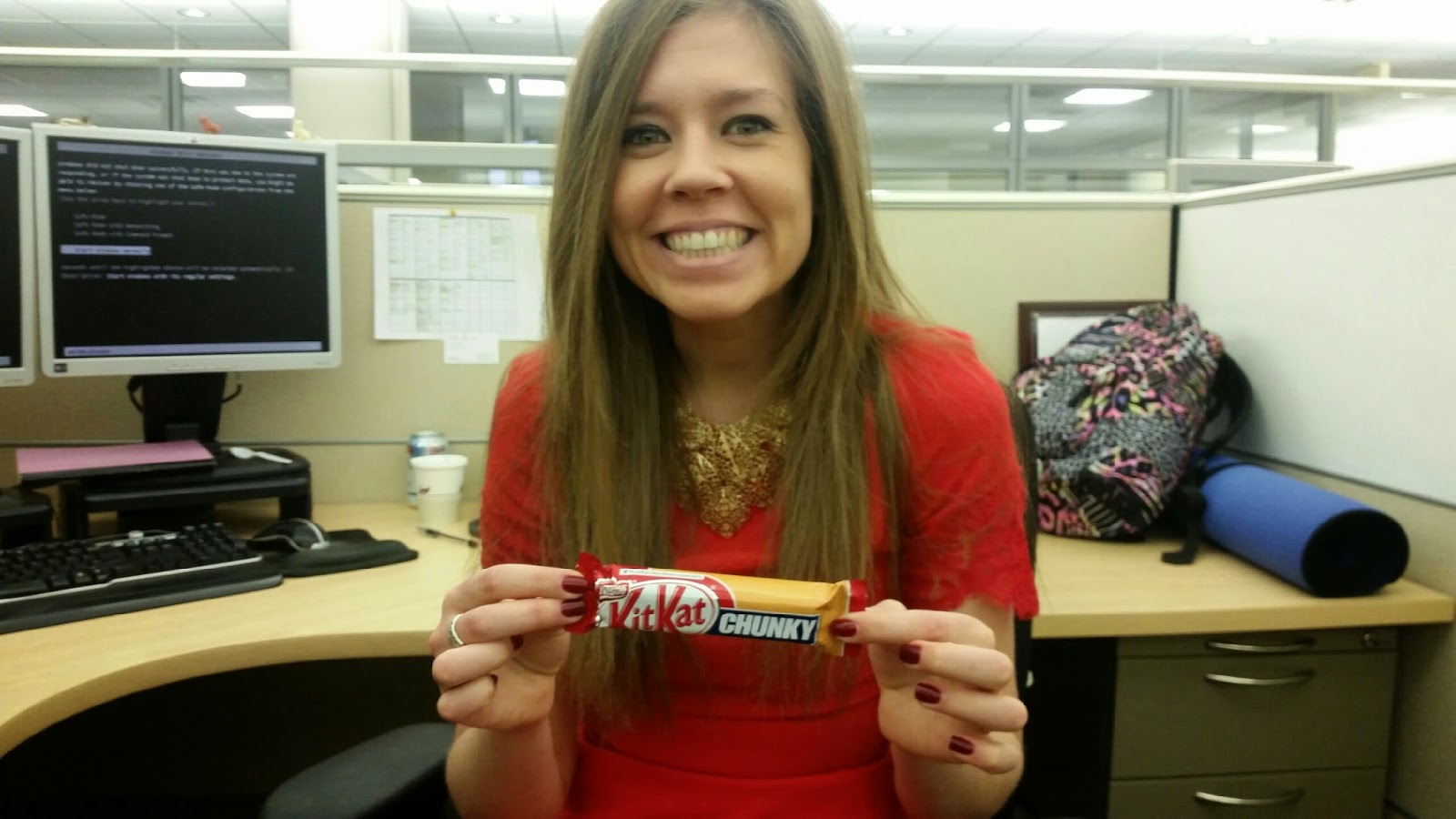 Back in November 2014, I went to Ireland and anybody who travels internationally knows that the best part of any trip is simply the food. For me, a big part of this is the candy that I can’t get my hands on in the United States and in this instance, the Kit Kat Chunky. The first thing worth noting is that this candy bar is made by Nestle in Ireland, rather than Hershey’s who produces it in the US. I will get to the significance of that a little bit later in this review. 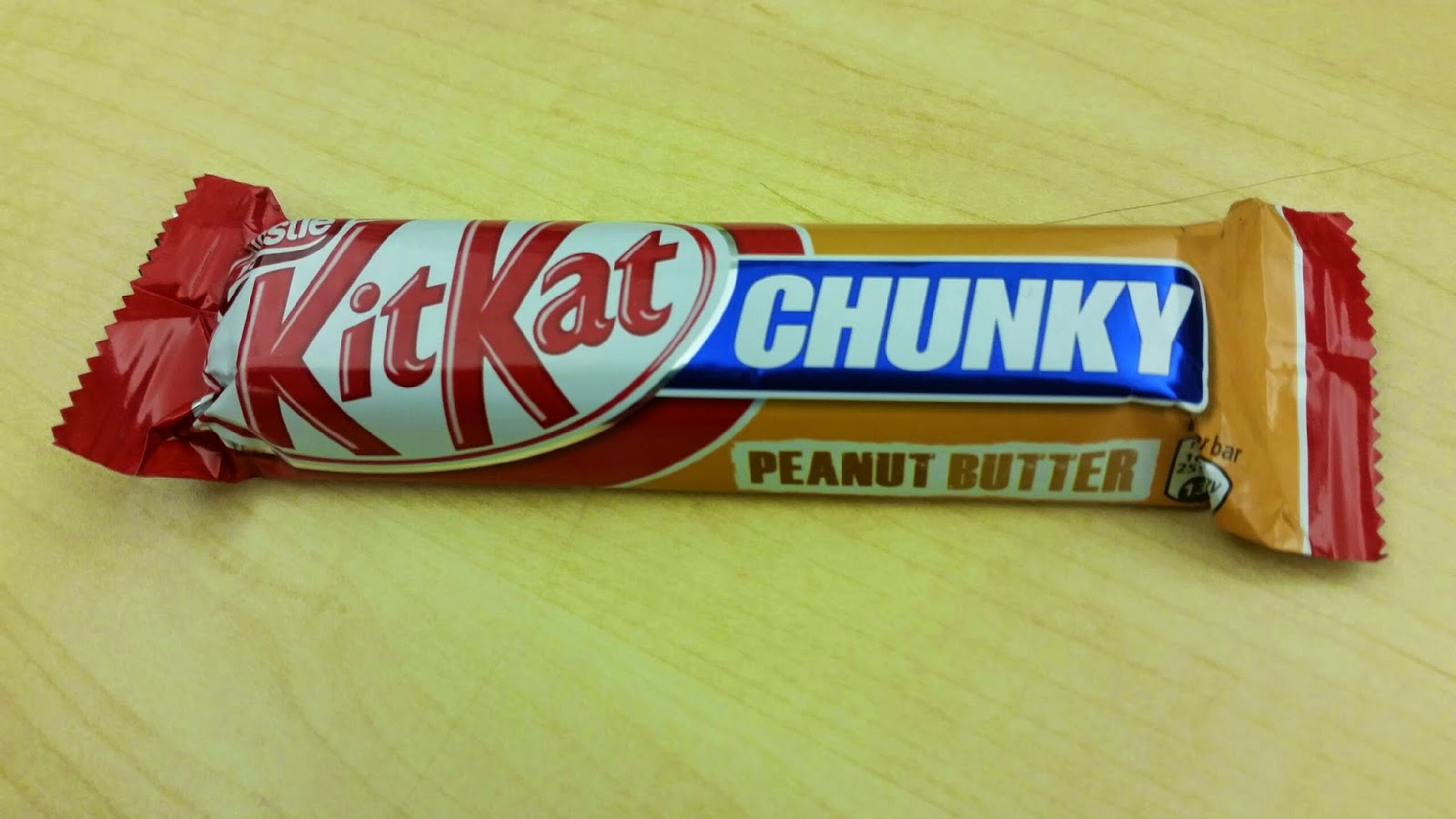 Chunky is one of my favorite adjectives, so already I felt a fondness towards this candy. As per the packaging, this is a crisp wafer finger with a creamed peanut topping covered in milk chocolate. If I actually read these labels, I might take a second to think “Ugh, that sounds minimally enticing”, but I know what a Kit Kat is and I can clearly read there’s peanut butter so I don’t question the things I know. Saying all of this, what messed me up the most here is my idea of the traditional Kit Kat. This candy was good independently of my expectations, but it was not very “Kit Kat”. 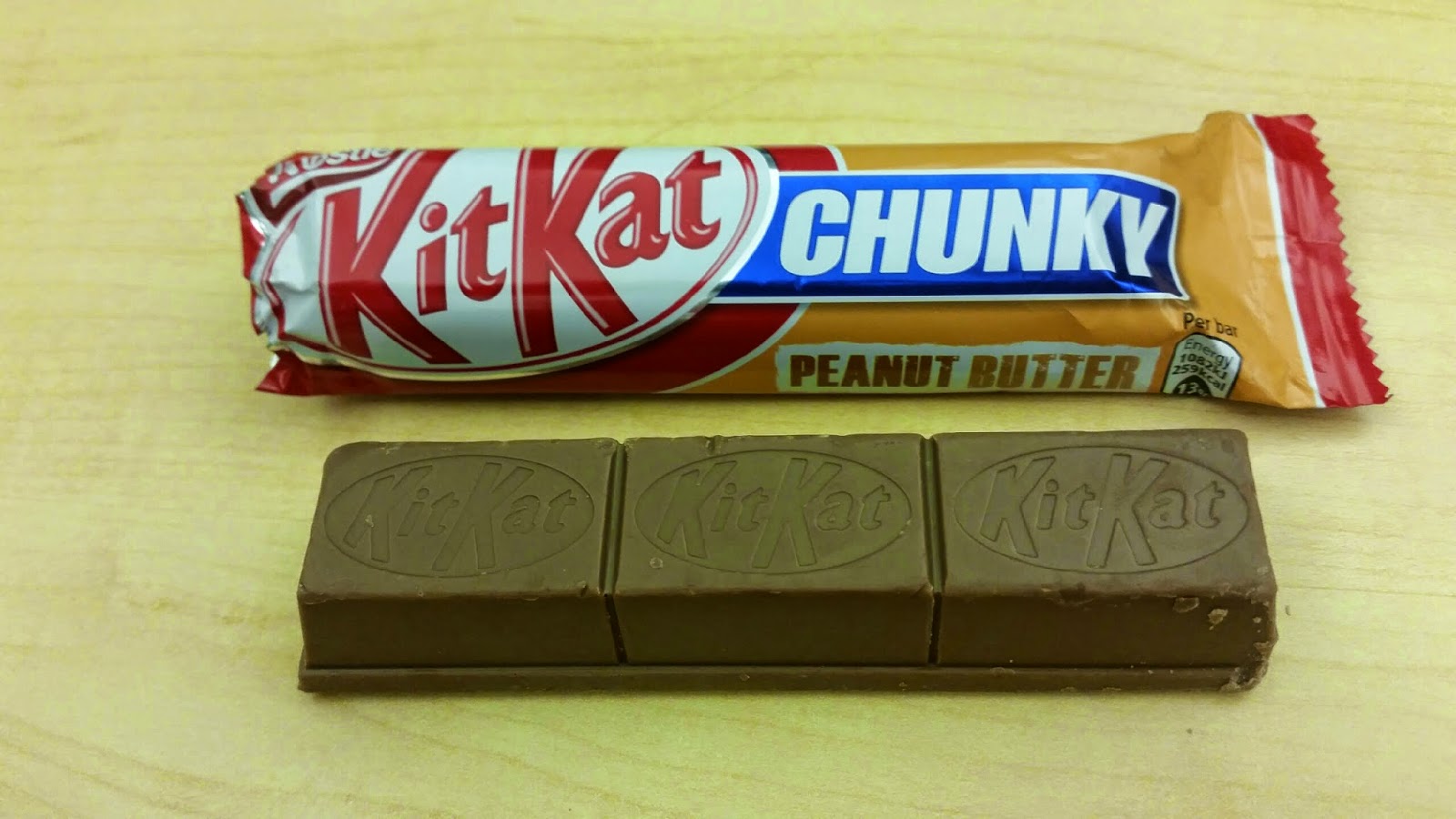 This candy bar was the perfect size by my standards (if I can’t have King Sized) and it is broken into three pieces. I like this being broken into thirds particularly if somebody is asking to share it. There are no halves to be given out and I would say that 33% is generous enough to give away so that you won’t walk away, enjoying your candy feeling cheap and guilty. 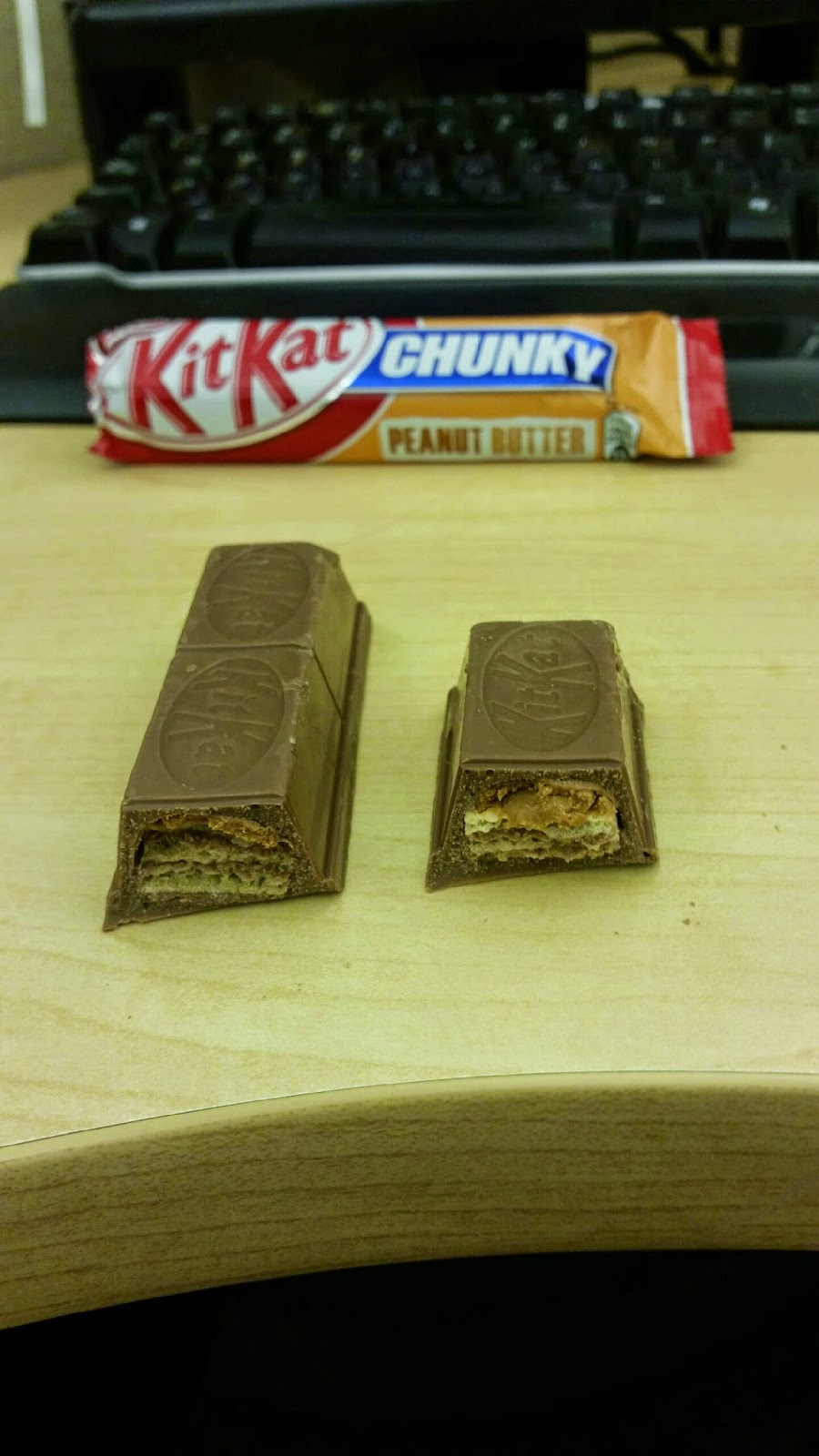 On first bite, you are absolutely hit with the Nestle chocolate flavor. It’s much sweeter than the traditional Kit Kat and significantly thicker. As a result of what’s just been described, the peanut butter and wafer pale in comparison. Largely, I think the effect of this depends on what your preference is. Basically, I want peanut butter in my mouth. I wanted this candy bar to be exactly what the Kit Kat is in the United States with a big peanut buttery layer. The “creamed peanut topping” was welcomed, but the name for me is a good description of what it was. Basically, I love candy and I would eat this again but if I had the opportunity to go back, I would take full advantage of instead getting something new to try.
Posted by Amy Nicole at 8:11 AM