Flake of a Croissant

My whole life, I have been a big fan of croissants. By default, they’re buttery, flaky and indulgent. You can dress them up, or eat them plain. Either way I have always found that even a mediocre croissant is a pastry that I want to be around. I was pleased to hear news that as of January 2015, Dunkin’ Donuts would be carrying a chocolate croissant. On any given day, I am likely to frequent a Dunkin’ Donuts and they have been keeping their new menu offerings exciting as of late. So I thought, “Bring it on.” 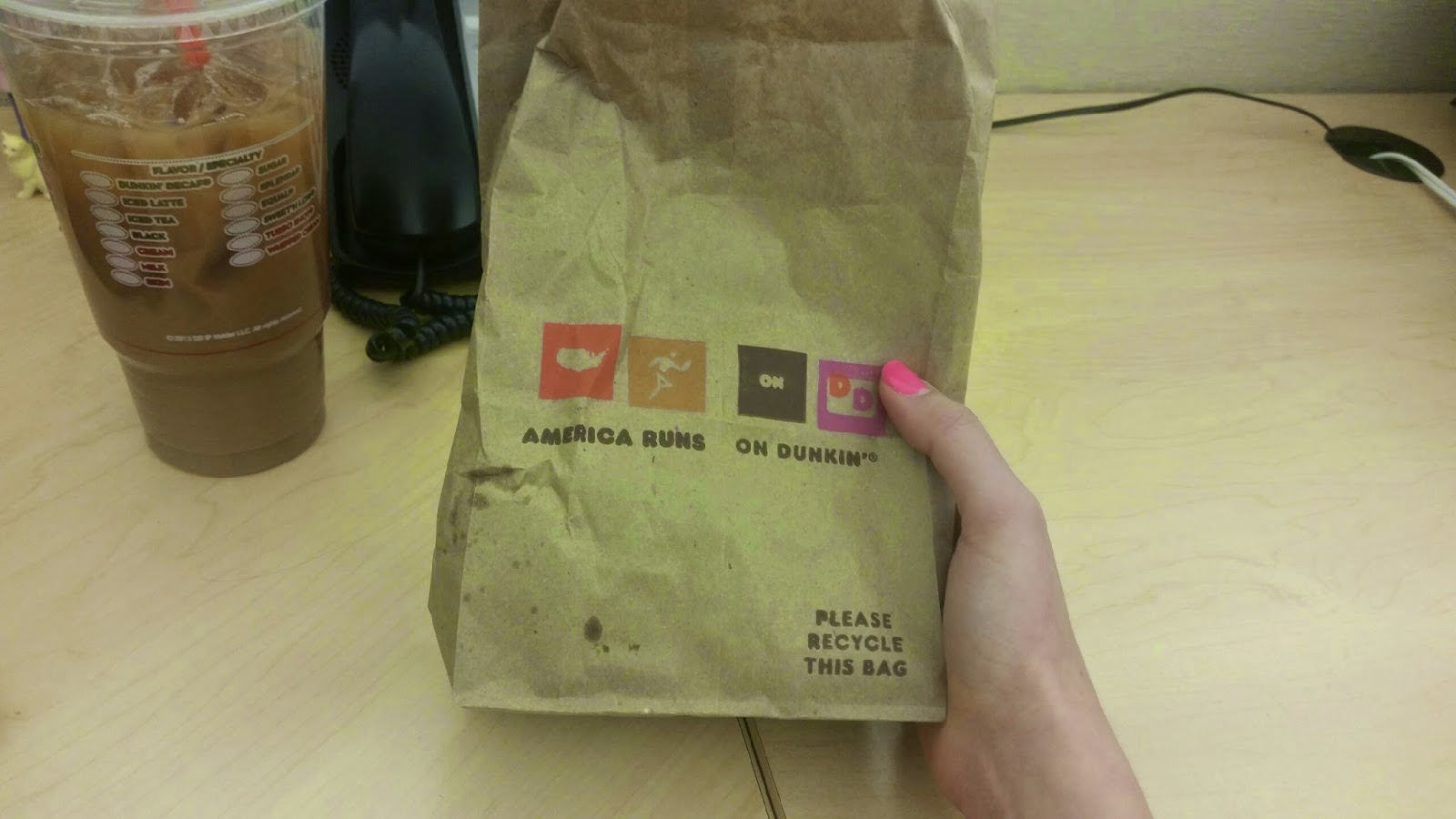 The first thing I look for in an Amy approved pastry is that I want it to grease through the bag. I am not a cardiologist and I don’t go to one. If I wanted an apple in a bag, I would have gone to a farmer’s market. Bringing this back to my desk after a trip to the local Dunkin’, the paper bag was showing me all of the promising signs of a good time. 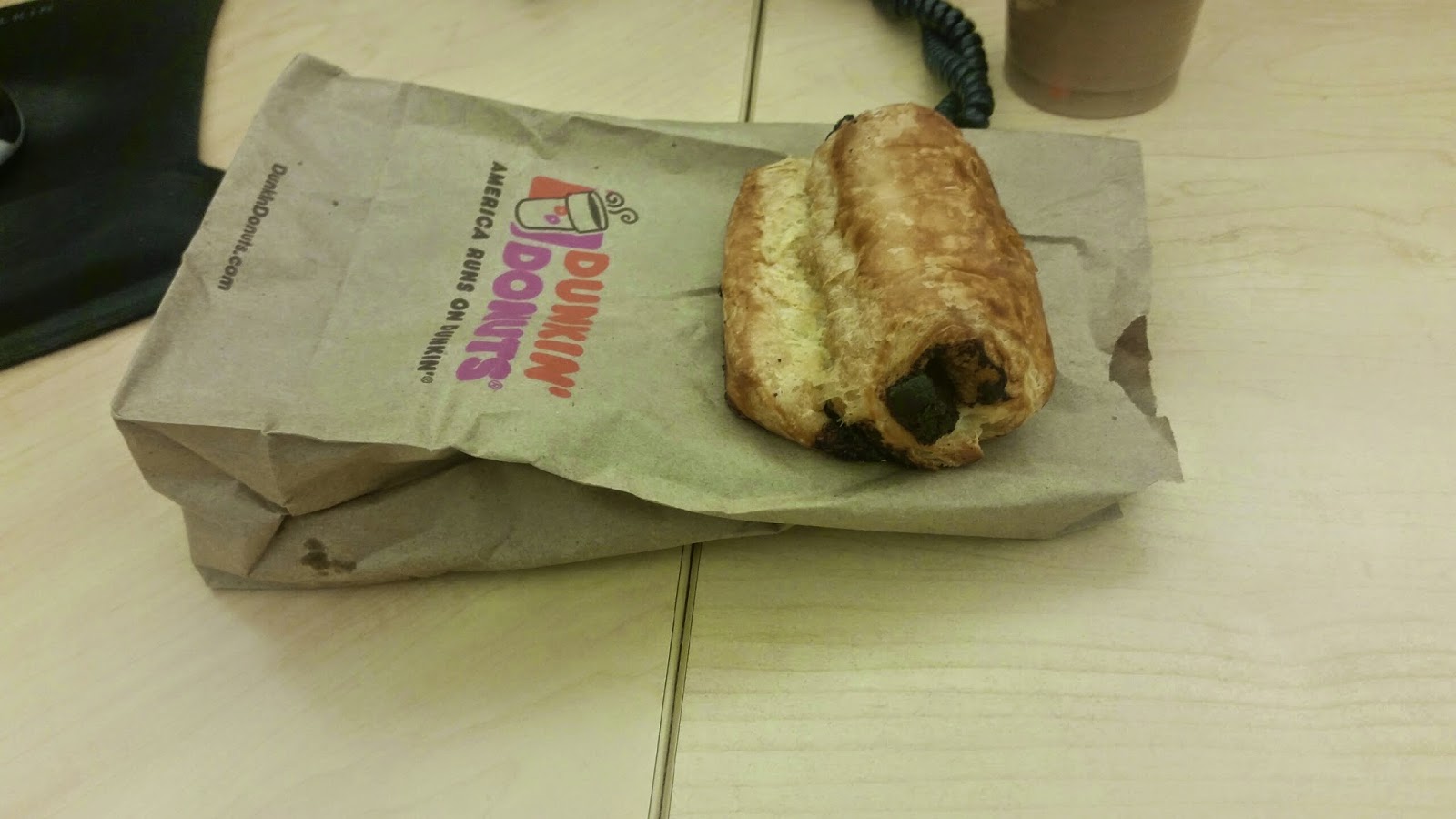 As described by Dunkin’ Donuts: “Dunkin’ Donuts’ new Chocolate Croissant features flaky croissant dough with chocolaty filling, served warm, and available nationwide at participating Dunkin’ Donuts restaurants.” Now I can’t say if it was just the Dunkin’ Donuts that I went to or what, but my croissant was not served warm. Maybe a little heat would have softened the croissant and melted the frosting, but I can’t sit here and play “what if”. 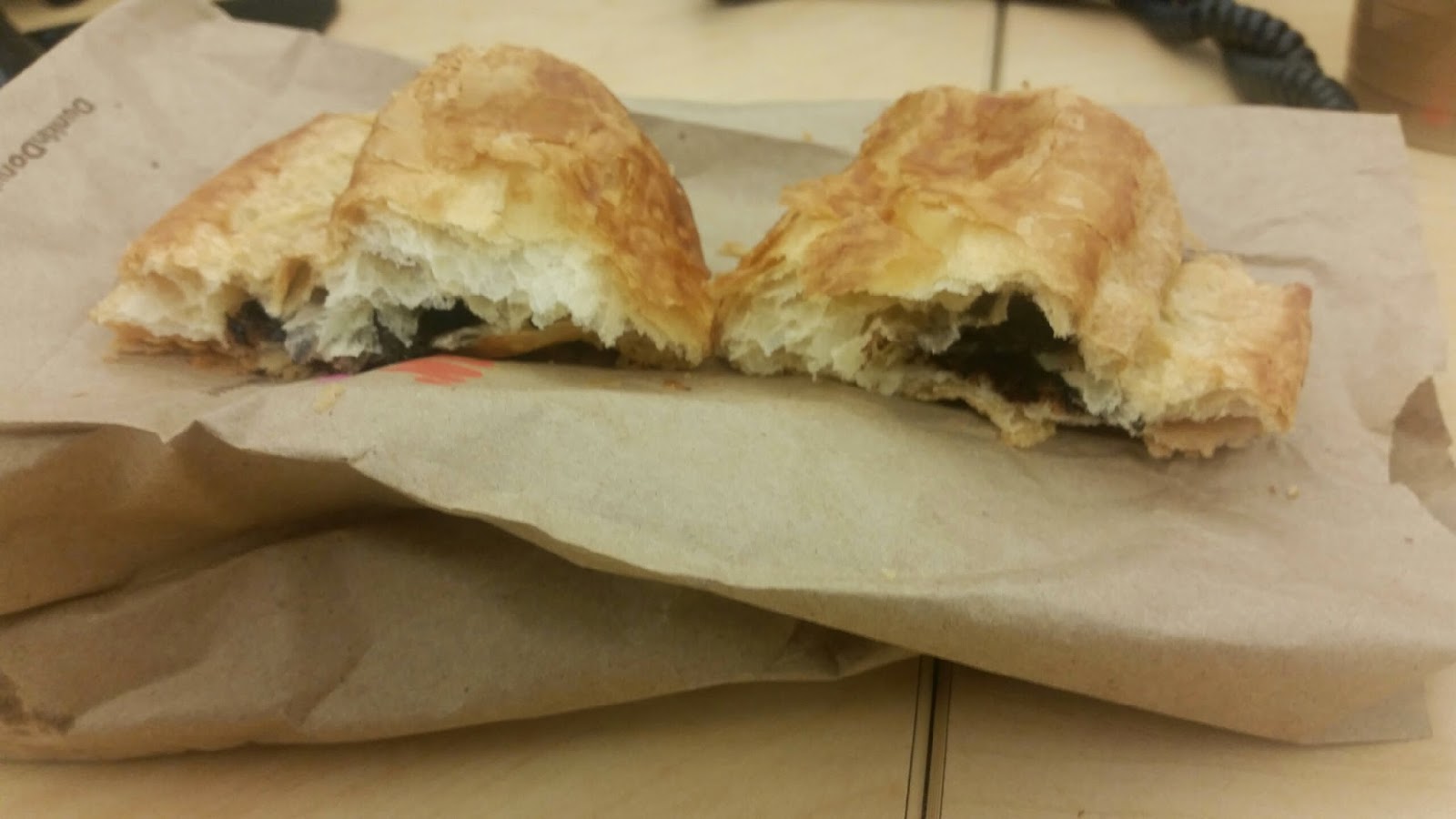 I’m saddened to report that this croissant was only okay for me. It was purchased around 2PM and by this time, the croissant was certainly on the harder side. My hands weren’t greasy after handling and I didn’t salivate as the buttery pastry hit my tongue. The first bite of the chocolate filling was enjoyable, but the more I ate it, the less I really tasted actual chocolate. This is the kind of pastry I would eat off of a free breakfast buffet, but I wouldn’t buy this again. Dunkin’ Donuts has some delicious things which I would recommend, but I would say if you pass up this limited time offering, you really aren’t missing much.
Posted by Amy Nicole at 11:46 AM